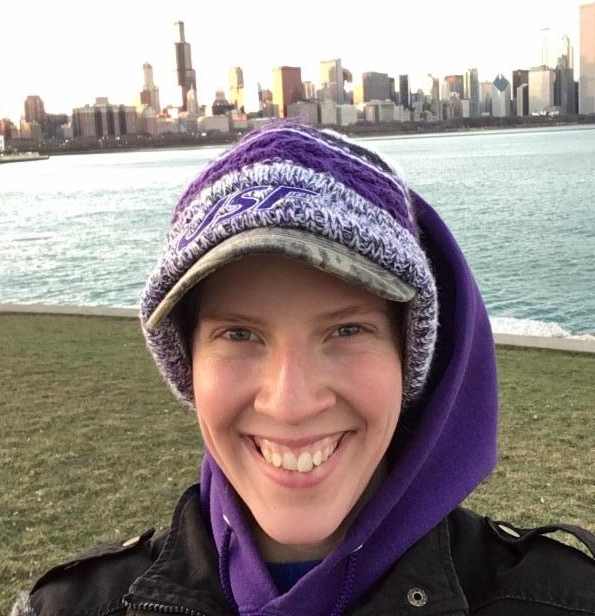 Check back soon for pictures and bios of our new girls directors!

Emily Rauch first came to North Central Camp Cherith as a CILT 1 (Campers In Leadership Training) after spending 5 years as a camper at Brook Cherith Camp in Michigan. She graduated CILT in 2012 and has been part of camp staff since graduation.She generates a lot of laughter dressing up for all camps and silly songfests, climbing trees, and showing off her Italian accent. Her favorite all camp character was Peter Pan because she got to dress up, climb things, and have a sword fight. Sadly, Peter did not have an Italian accent. Emily’s favorite part of camp is the people there, including staff who work tirelessly to share the love of Christ, and campers who fill the camp each summer. She loves watching the growth of everyone who comes through the front gate, whether they are just here for a summer, or returning year after year.Emily has a Bachelor of Science in Early Childhood and Elementary Education from Greenville College in Southern Illinois and a M.A. degree in Educational Administration/Adult and Higher Education from the University of Sioux Falls, South Dakota. She currently lives and works in Pueblo, Colorado.

Rob Scott has been the boys’ director at Camp Cherith for 24 years. During that time he has gained a reputation not only as a friend and spiritual mentor, but also as the composer and performer of many goofy songs that help make faith real and Christianity current for Cherith campers. Rob enjoys presenting challenging Biblical messages about God’s faithfulness to His people throughout history, and uses analogies and stories to help campers of all ages understand how to make such lessons timely and personal.

Rob was a first grade teacher for 23 years and recently switched to teaching third graders. He holds a master’s degree in elementary education from Hamline University and has earned 60 additional credits in the special education program at Bethel University. He is also a husband, father, and private tutor. For the past 18 years he has been a featured speaker at Bethel University Christian Basketball Camps.  He founded a ministry called Refugee Life Ministries, which connects refugees to folks from the church so lives can be transformed.  Often described by others as purposeful, inspiring, and fun, Rob uses these traits regularly in his many volunteer activities.

Scott Taylor (Taylo) has been involved with Camp Cherith since 1999.  He has served as a Pathfinder Counselor, a Divisional Director, on the Board of Directors, and for a number of years as the Director for Boys Week 2.

He looks forward to working with the boys and supporting staff so that the boys have the opportunity to have a fun-filled week with many opportunities to grow in their faith in the Lord through Jesus Christ.

Although he grew up in San Diego, CA, New Hope, MN has been his home since 1993.  He worships at New Hope Church and during the school year serves in the children’s ministries, primarily teaching 5th grade Sunday School.

Since 1992 he has worked with students as a special education teacher, high school social studies teacher, and, since 2006, as an elementary school principal.  He has worked for the Osseo Area Schools, currently serving as Principal of Park Brook Elementary.  Park Brook Elementary is known for its Focus on Fitness initiative which was designed by Scott to increase academic growth and positive behaviors.

He holds a B.S. from Northern Arizona University in history/education, a M.S. from St. Cloud State University in special education, and completed the administrative licensure program through St. Mary’s University.

Sarah Hlavacek is the Operations Director at Camp Cherith. She has been on staff at Camp Cherith since 2010. She is so excited to see what this summer holds. Sarah has had the opportunity to serve in many areas of camp including counselor, DD, waterfront Director, maintenance and many others. Camp Cherith is her favorite place to be!

Kendra Mohn has been the Executive at Camp Cherith since March of 2020. She has been on staff at Camp Cherith since 1990 and started as a camper in 1981. She has held many positions at camp, including counselor, waterfront director, and activity coordinator. She earned her B.A. in Music Education and Spanish at Concordia College, Moorhead, MN. In addition to working for camp year round, Kendra homeschools her two children, and teaches music.