Cherith Chatter: Read All About It!

At Camp Cherith we want you to stay connected to what God is doing all year round. Our newsletter is full of stories and information about staff, volunteers, campers and friends of Cherith, as well as upcoming events and opportunities.

Do you want to receive our biannual newsletter?  Email info@camp-cherith.com to have a paper copy mailed to you.

Dorothy “Lori” Munson stepped into eternity with her Savior on Nov. 16, 2019. Dorothy became MN/North Central Camp Cherith summer director in 1971 as part of her role as Pioneer Girls Area Representative. She directed Camp Cherith from 1971-1978.
Dorothy gave Camp Cherith solid spiritual leadership with a gentle spirit as she guided the board and staff through those early years at the Frazee site. Much growth was seen in the site and facilities along with camper numbers during her years of directing followed by her leadership as the Board president for 3 years. She continued to be a great support to Camp and mentor to others that followed. One of the favorite traditions we have at Camp Cherith was started with Dorothy as director–the singing of hymns before the staff meetings.
Dorothy visited Camp several years ago and was amazed at all the growth and change that she saw. As she sat outside the dining hall during the songfest (it was a little loud for her those days), she commented that the facilities and methods had changed but she could see that the main objectives and purpose of Camp Cherith had not. It was all done to bring the campers into a saving relationship with Jesus Christ and grow in their walk with Him.  To God be the Glory! (our favorite hymn that we always sing during Friday staff meeting).

Did you know there are 6 Cherith camps in North America? This summer after camp, my family and I were blessed to road trip and visit Camp Cherith-Ontario and Western New York Camp Cherith. It was such a unique and wonderful experience to see the unity our camps all share even though we are separated by so many miles and don’t spend all that much time collaborating on programming.  So many similar songs, traditions, activities, and definitely the same philosophy of Christ in every phase of life.

A few fun things about each camp:
-Ontario has a wonderful rec hall with basketball hoops, foosball, a bouldering wall, and inside chapel area.  The camp sits above a river which adds a fun element for canoeing and kayaking activities.  We hiked an “ancient” Native American trail connected to the camp’s property. They also offer mountain biking as an activity and have a wonderful trail system throughout their property. 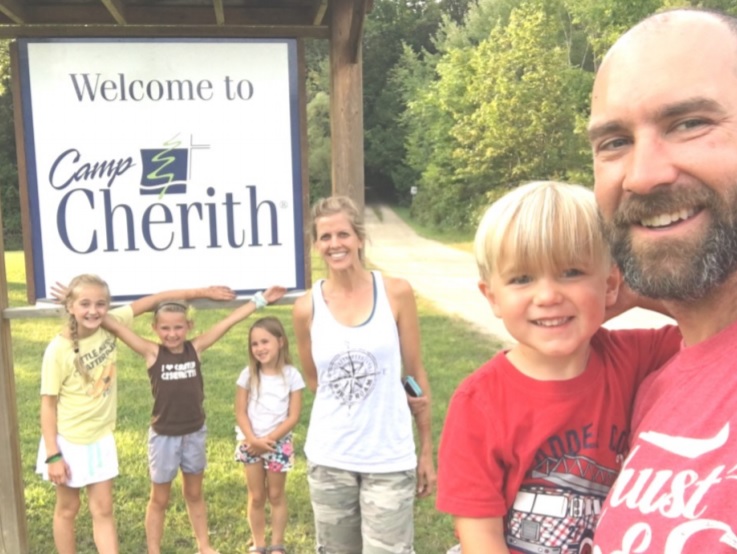 -Western New York overlooks a beautiful pond.  They offer adventure climbing as an activity where you can tree climb using a system to

ascend ropes up into the tree limbs.  They also have an iconic oak tree that campers can play on and climb.  The tree’s limbs spann some 60-70 feet and it’s biggest branches almost rested on the ground!

Visiting these camps highlighted the significance of our summer’s theme “The Greater Story.”   It’s such a “wow factor”

desire to reach others for the Lord and that their work is still bearing fruit for God’s Kingdom.

Too bad all of our camping seasons are all happening at the same time each summer.  It would be fun to do some camp hopping while camp is in session! 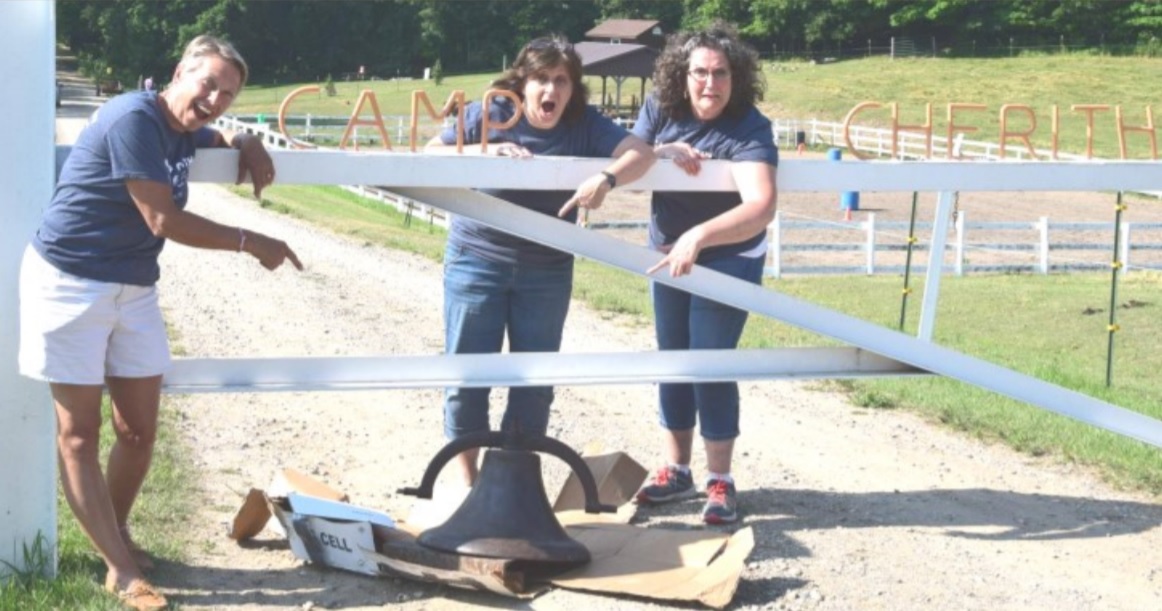 Did you know that the Camp Cherith bell was stolen 35 years ago? And in the summer of 2017 it was returned anonymously?
Read more about this from someone directly involved….quite a story!!    Click here to read the letter about Camp Cherith bell